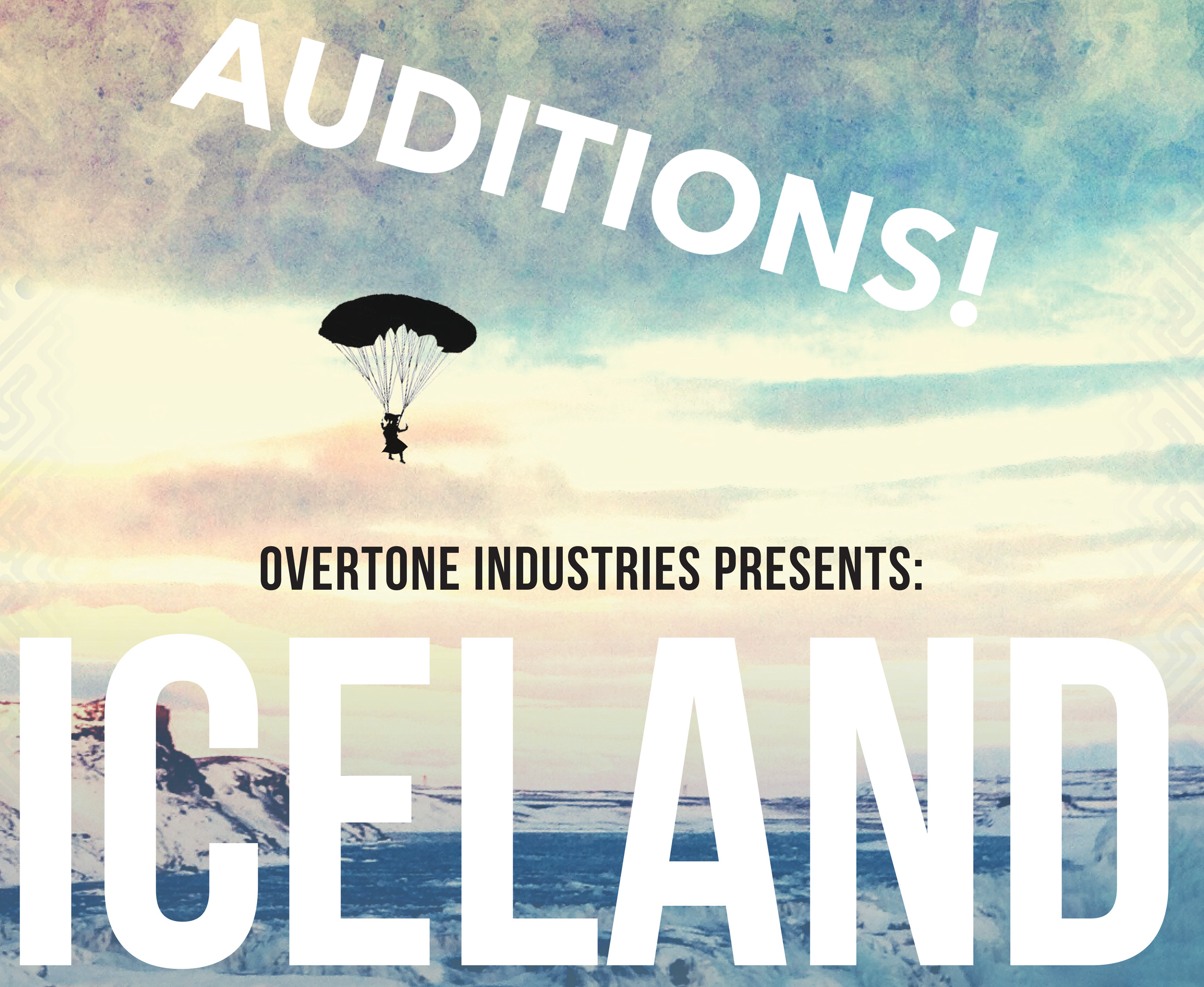 Against a background of nature and myth, ICELAND is a story of two strangers in search of a lost connection that transcends the ordinary. Supernatural forces try to unite these two would-be lovers, but their efforts are complicated by human free will.

All roles include singing, speaking, and movement work, which will be asked for during auditions.

This is a non-union project, Performers will be compensated $25/hr for rehearsals and $100/performance.

While set within the context of Icelandic folklore, there are no ethnic restrictions for this cast. Rather, we seek to build an ensemble that reflects New York City’s wildly diverse community.

The two leads need a natural and individual singer-songwriter vocal quality that emphasizes the uniqueness of the character. We are NOT looking for a genre specific sound.

Some examples of singers that represent the natural drama and lived in quality of sound we are looking for include:

(We are not looking for an imitation of these singers, just encouraging you to bring your own unique quality.)

Both Vala and Mundi are old enough to have had a dream broken, and young enough to get back in the game and make it happen. Should appear to be between 30 and 40.

By September 30th, please fill out the audition form, which requests the following information:

Those invited to an audition will be asked to prepare one song of their choice and a short (16-32 bar) excerpt of a song for the role they are being considered for, which will be provided in advance. Auditioners are welcome to transpose the music we send to a key that works for you.