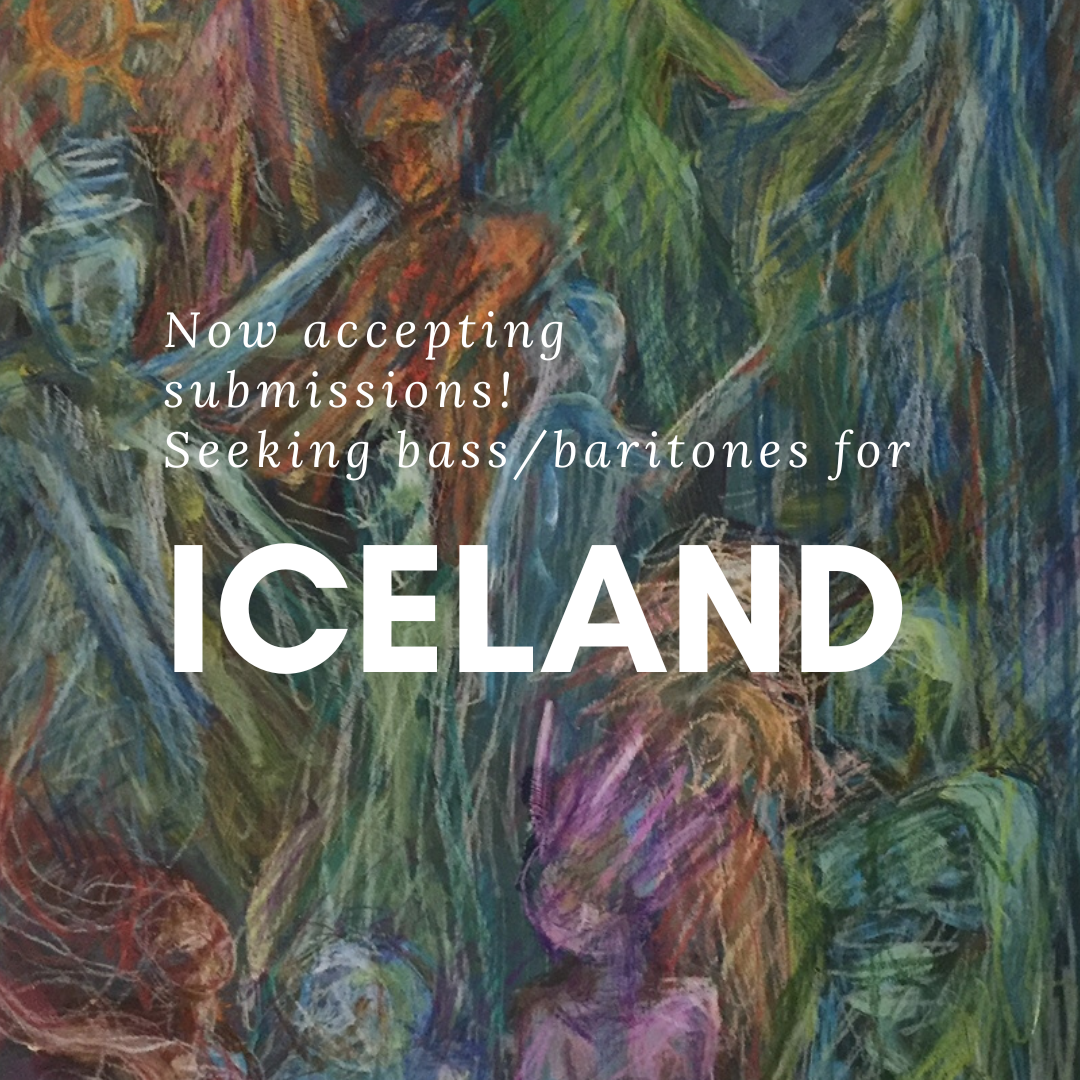 Overtone Industries is seeking a bass-baritone for their newest Opera Theater work, "ICELAND: a re-Creation Myth" to premiere at La MaMa Experimental Theater Club in New York City in March 2023.

Against a background of nature and myth, ICELAND is a story of two strangers in search of a lost connection that transcends the ordinary. Supernatural forces try to unite these two would-be lovers, but their efforts are complicated by human free will.

Rehearsals will be held at:

Performances will be in the Ellen Stewart Theater

This is a non-union project, Performers will be compensated $25/hr for rehearsals and $100/performance.

We are seeking a classically-trained bass-baritone for the role of The Bull, a mythic-beast of ICELAND. The Bull has the power to shake the heroine free of her old ways. This is a featured ensemble role with a stand-alone aria.

Performers of all ethnic backgrounds, particularly Black singers, are encouraged to audition.

Please prepare the following and fill out our AUDITION FORM

Those invited to an audition will be asked to prepare a short (16-32 bar) excerpt of a song for the role they are being considered for. An Accompaniment track will be provided.