Cynosemma: A Dirge from the Dog's Tomb

Cynosemma: A Dirge from the Dog’s Tomb is a primitive opera exploring the ceremonial roots of the Hecuba myth. The action is structured via five visceral rituals marked as “stations.” Station One “Water”, conjures a creation myth in the realm of women. Station Two “Metal”, wrestles with power shifts between the masculine and feminine, and Station Three, “Fire”’ enacts the dual heroism and devastation of a pivotal sacrifice. These three stations culminate in a howling spiritual climax.

In Part Two of Cynosemma, Hecuba attempts to heal from a devastating grief by inciting a communally cathartic act of vengeance. She and the rest of the women, through an exploration of the fire element, conjure their rage to right what they deem unforgivable wrongs committed against them. While the women’s violent bite back against the soldiers feels justifiable, Hecuba’s unhinged wildness must face the consequences of what “civilized” society deems immoral. The men curse her to forever suffer as a dog-woman, or, “bitch”. In the last station, “Earth”, Hecuba and all involved in the ritual try to resolve the endless battle.

Watch the workshop performance of "The Wild Mare" 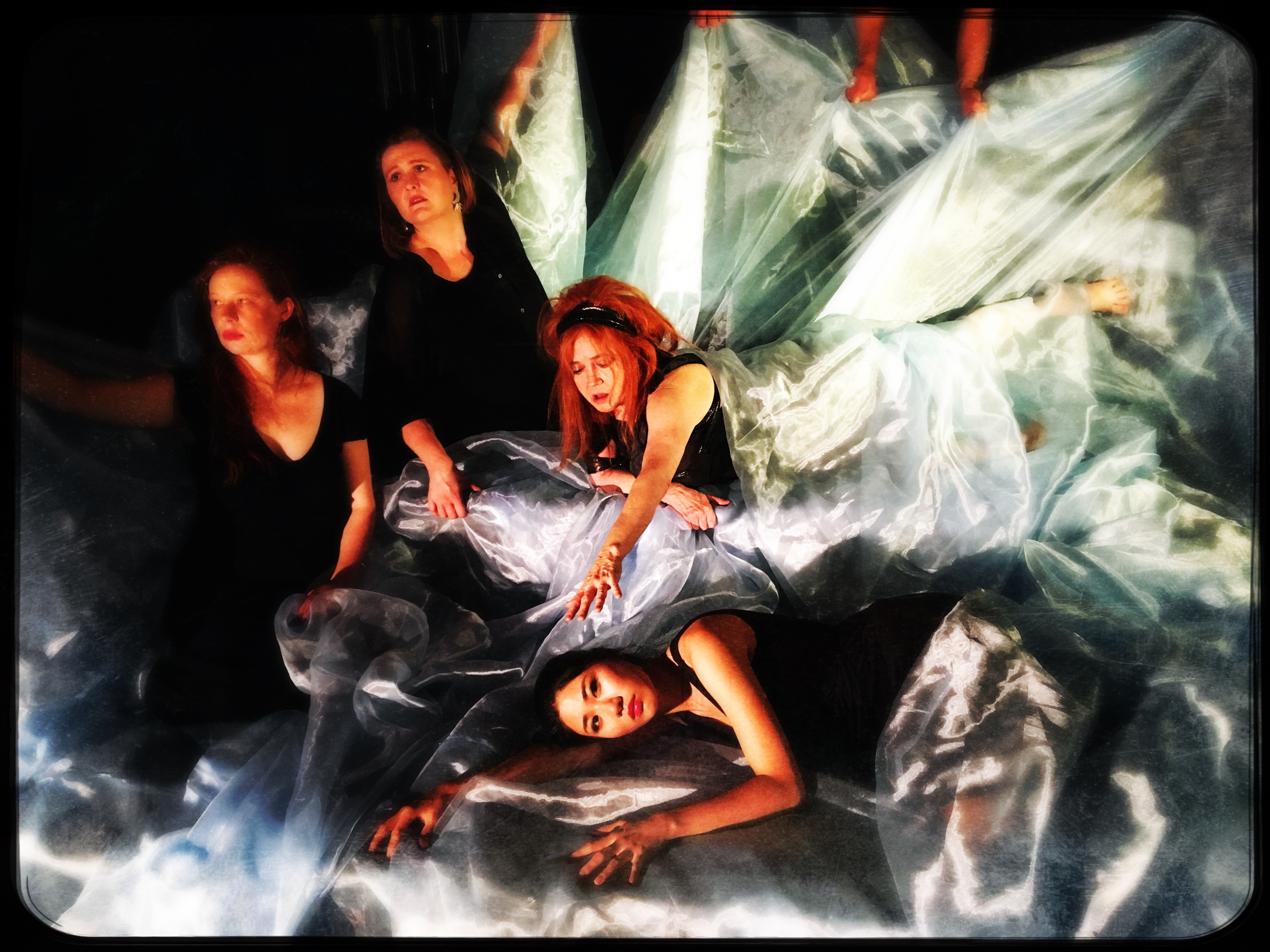 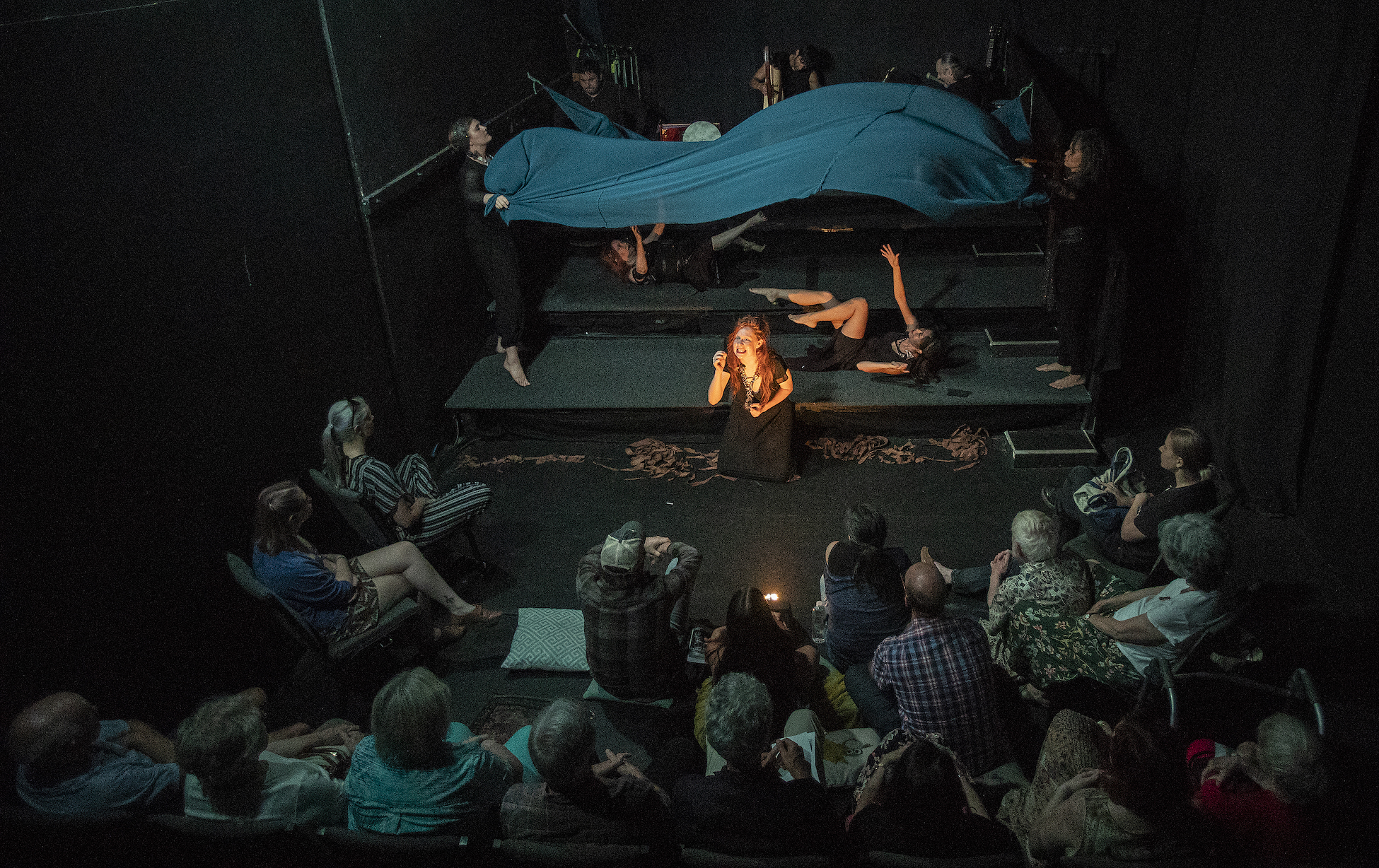 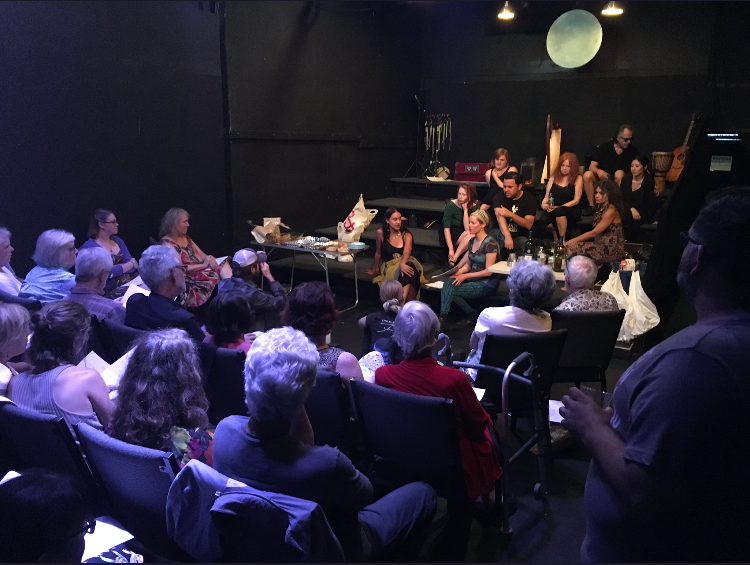